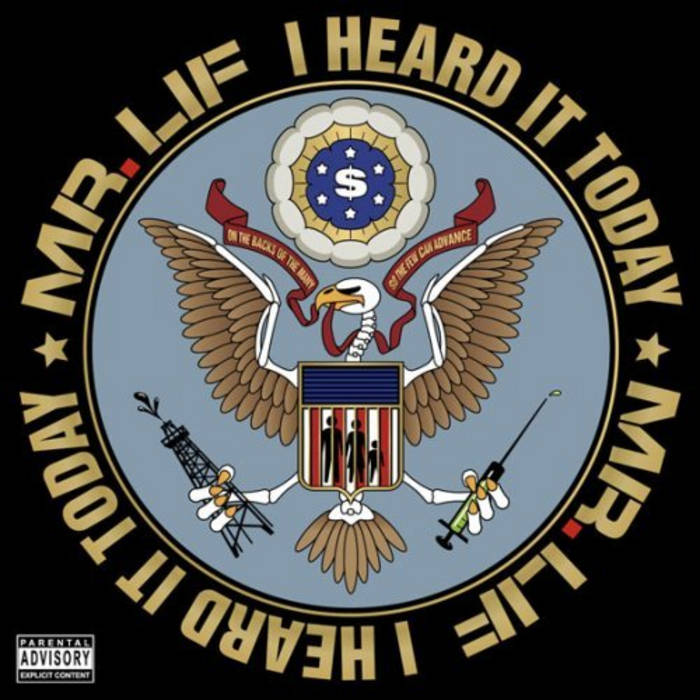 I go way back with all the cats on this track. This is the first time Paz and I have been on a track together since 2000 when I laid a verse on "Speech Cobras" on the Jedi Mind Tricks "Violent by Design" album. Aslo, I got a chance to feature my brainchild, "Dumbtron" which is the combo of Willie Evans Jr and Paten Locke on the mic as a duo. Vicious

I bungi jump your interface/ Inner Space / Martin Short / frame contort / Many thoughts trickle down the sine / I'm everywhere at one time / omnipresent / hardly pleasant / your investment up for auction at the fertile crescent / isn't that a bitch?! / Told you that I'm nice with Boskonovitch / wanna switch / flip the switch / watch your body twitch / oh so cold and gruesome with hands like Newsome / choose some / opposition / leave your neck piece loose and oozing blood / hop up out the ground like C.H.U.D. / mini beast / eat a couple humans / operation mini feast / many pieces linger / necks and finger / if ya / still breathing I return to injure with the / power of Thor / I summon the raw / come in the door with a big saw / then seep through the floor / I permeate surface / the earth is just one level / keep the rhymes outside of the box to raise rebels

The sentinel smash / without even a dent in your glass / I was gas / I was the Dali Lama tenuous past / I was ash / I was the soil that transcended the grass / I'm Richie Valens last thought when he went through the crash / I was calm / I was created in a heavenly storm / I was Viakong / I fought against the enemy bomb / I was strong / I was the bullet grazing Kennedy's arm / I'm Islam / Allah U Akbar .... / I was pain / I was the innocent that set to be slain / I was change / I didn't overstand why Malcolm was maimed / I was framed / I was Mumia when they locked him in chains / I helped Assata out of Clinton / then they got in the plane / I was breath / was an organism turned into flesh / I was death / I was the fire burning David Koresh / I was fresh / I told Rick and Russell how to be DEF / I was best / before you muthafuckaz took what was left