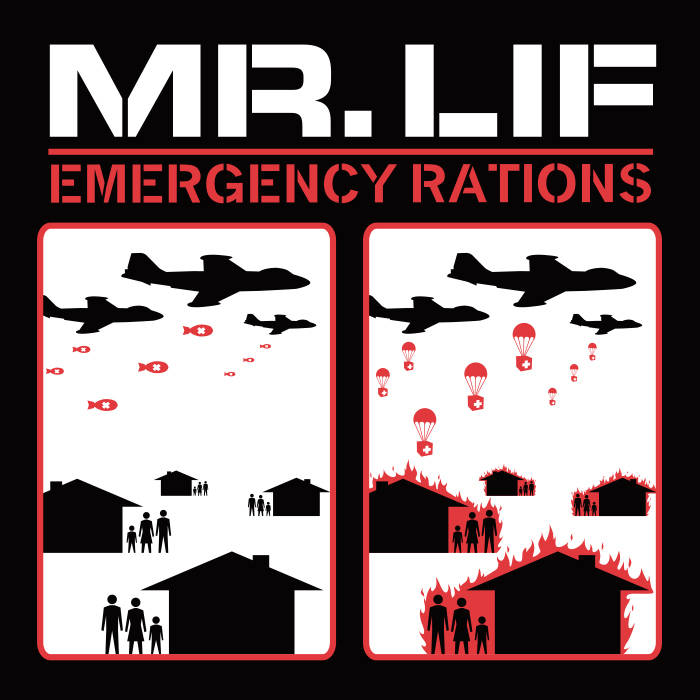 I've been waiting / laying / for a long time / X amount of thoughts carried out in my mind / I turn on the TV and see crime / Script written diligently, then aired on time / Push the power button / Now to devour somethin' / Opened up my fridge, and found nothin' / Dip to my room with an aura of gloom / Wishing I could write another tune / But my hands are paralyzed / plus my eyes... / wanna shed tears / but it's not possible there's... / the burden of things I couldn't bear / feelings weren't dealt with properly / remorse follows me / with his good friend the threat of poverty / Here's where I am.. / versus where I think I ought to be / There's a certain chance, I'm a victim of circumstance / I take a look at myself, and at first glance... / I see who I recently thought to be me / based on identities, public and private / behold the radio pirate / Your brother / the felon / Chillin' with a gun to your melon / A pimp with his pockets swellin' / A jester / A slave with wounds that fester / The wannabe pre med 3D dread / An academic reject / hoping to detect / why we wreck what God gave / Human laws are layed / We go to war, come back, then come up with more / I'm kind, friendly / Your worst enemy / Charming / crass / and potentially... dangerous / Have you ever heard of such? / I'm invisible and impossible to touch

I still say fresh, dope, and things of that sort / I don't shoot up, smoke crack or take shorts / Your thoughts are always welcome / I seldom, won't endure another's perspective / Corrective lenses...are something that I wear / So I can see the globe real clear / Look there's famine over there / Plus your family's in fear of disease and the stress that lingers in the air / These are the words of a man in purgatory / Words of a simpleton / Living in oblivion / Is this the model for life you were envisionin'? / Free as can be in a world of imprisonment / I dare you to check new territory / American dream? / Time for another story / One where I don't choke to keep afloat / I'm sick of living off false visions of hope / with a knife to my own throat / Stick of dynamite inside my over coat / because I know the ropes / Reality in this world is bought and sold / A very limited scope of life is showed / and I'm just one in the mold / Fully controlled / Left to erode in my humble abode / You won't hear me because I've got no loot / You don't hear me because you won't compute / I'm docile / Psycho / Have you heard of such? / I'm invisible & impossible to touch