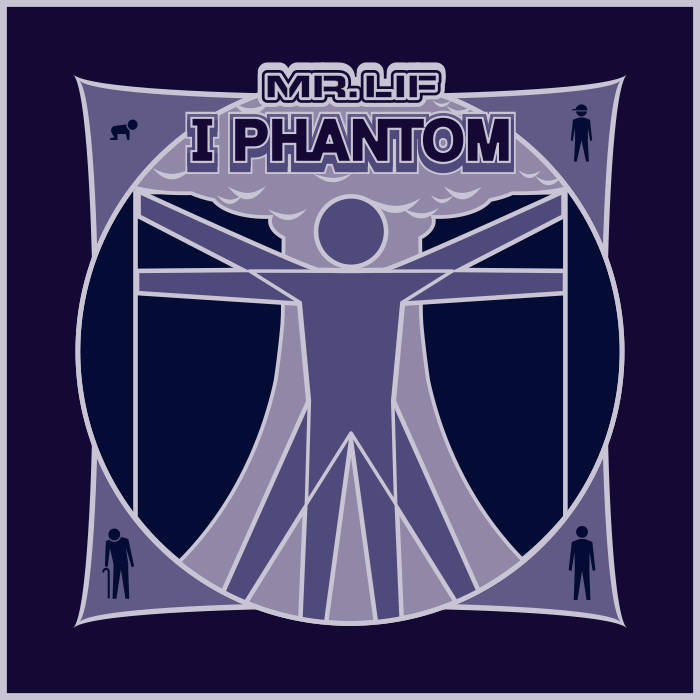 Crocodile Pope The downsides of not working.
[24-bit lossless]

This song titled "The Fringes" was one of the original drafts of the song that came to be titled "Success" on the "I Phantom" album. Until now, the only way to hear this song was on the my live album titled "Live At the Middle East" released in 2001. Insight and I crafted this song the night before the show and decided to debut it during the recorded performance.

The song caught on with my die hard fans, and for years people have asked me if there is a studio recording of this song in addition to the live version. I am happy to be able to finally say a definitive "yes".

While rearranging a storage area in my house, I stumbled across the original CD that we used that night in 2001 to play the instrumental. Insight never got to put a final mix on the beat, so you'll hear that the bass jumps out and distorts a bit. However, imperfection is often one of the charms of the creative process.

Those whom are familiar with the "I Phantom" album know that all of the songs on the LP come together to create an overall narrative. When I was writing the album, each song had to achieve a specific objective. The objective for track #8 on the album was to portray some sort of relationship breakdown due to job related or financial stress.

While "The Fringes" ended up evolving into the song titled "Success" which features a jaded husband and father overworking himself, neglecting his family, losing his family, and having a mental breakdown, this version does indeed possess it's own much more playful charm.

Thanks for listening and thanks for supporting my music.

I left my job behind
Because my peace of mind was more important
They want my soul but they couldn't afford it
Now I'm slapping tar without a car
Yet I'm in the driver's seat
I feel complete
Triumphant in the face of defeat
And when I reach my home I'm going to tell my girl
Pick her up
give her a twirl
She'll rejoice, I'm sure
She was supportive
but asked me what I could afford if.. I wasn't working
That's when my dome started hurting
I reached in my pocket to count my ends
It was like 15 dollars and about 20 cents
It was singles, but I said it was a stack of tens
I lied again and told her soon we're gonna own a Benz
Then she went to run some errands and I took some aspirin
In the moments of this glorious day I was baskin'
Cold chillin'
Watching Threes Company and M.A.S.H and
Maxin
In a professional fashion

Week 1
I chilled & had crazy fun
Week 2
Where's my crew?
Come by for blunts and some brew
Weeks 3 & 4
Repeating weeks one & two galore
There's a knock at my door
Oh shit!
It's the landlord
His first words, "You know we can't stand for..
People paying me late
Provide me with a definite date of payment
I tried hard not to look complacent
My dome was vacant
But I knew I had to name it
I said give me till the end of the week
My girl said "sweet"
Then she turned her back and wouldn't speak
The pressure is building up in the household
She's real sick of carrying the whole load
I can tell she's gonna explode

Three months passed, and I've got no plan of recourse
Remorse
My fiancé already wants a divorce
It's not because my pockets weren't fat
She's not like that
She tried to have my back
but my attitude is wack
I've been crazy slack
Leaving dishes in a big stack
Grease on the placemats
Didn't change the litter for the cats again
Plus I've been chilling with my friends
instead of showing her respect for all the effort she spends
When she looks at me now, she sees a burden
Are young man uncertain
and a silly rap career closed curtains
I became guilt and she's frustration and anger
Our communication's imitating disaster
She's leaving but I'm too full of pride to chase after
Denying the fact that she could really be Casper
Chilling on the couch and feeling like a bastard
I guess I should have got my act together much faster


Produced by Insight / Written by Mr. Lif / Boss and homeboy vocals by Mr. Sonny James of Illvibe Collective / Fed up girlfriend vocals by Amanda Macchia aka Megalomandee / Recorded and mixed at Terra Tone Studios
"I Phantom" alternate artwork by Dan Lang (creator of the official artwork for "Emergency Rations", "I Phantom", & "I Heard It Today")