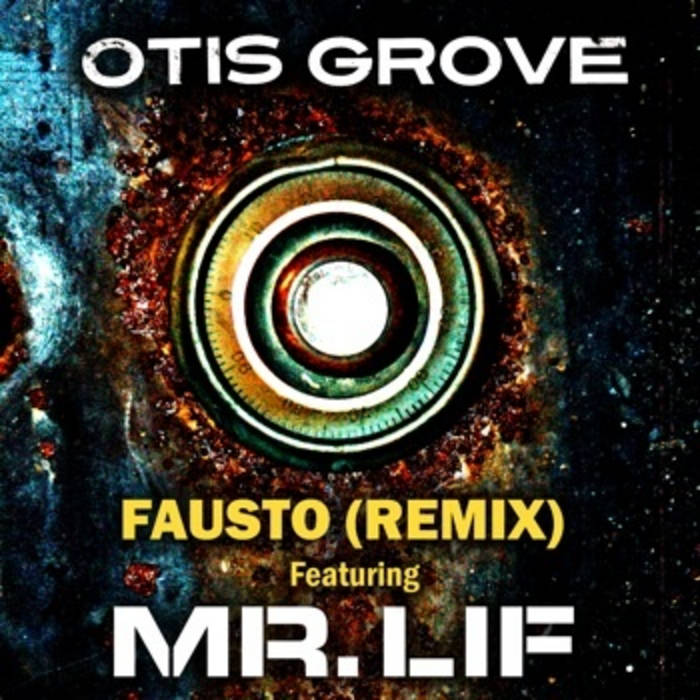 Upon hearing the lush instrumental provided by Otis Grove, my thoughts were to sprinkle a dash of surrealism in a sinister tone over the vibe. As the writing process begun, I realized that some spiritual exploration would perhaps be the most fulfilling route. So in retrospect, it seems I combined the two approaches.

The last half of verse one sets the tone with the line "I beg your soul divorce the tissue". This is the point where I utilized some knowledge gained from reading Plato's Five Dialogues (specifically the "Phaedo"). In the "Phaedo", Socrates ponders the nature of the afterlife on his last day before execution. To nutshell an otherwise longwinded explanation, my interpretation of ideas expressed in the "Phaedo" is that the soul is ever living and exists long before birth. Possibly, the soul exists in an omniscient state before it enters the human body, and the clarity of it's knowledge becomes compromised once it takes on the properties of man.

It could also be derived that the root of our hunger for knowledge is the souls yearning to regain omniscience. So when I say " I doubt you less without the flesh", I'm saying that I trust the pureness of the soul much more than I trust the outlook of humankind.

These thoughts set the tone for the rest of the verses as the poetry displays an explorative and reflective nature. Verse 2 touches on some of the power and capabilities available if one was able to grasp omniscience, while verse 3 breaks things down on a more human level, exploring the fortitude required to navigate life in this overly complex world.

Thanks for listening. Hope you enjoy.

Designed by the architects of larger texture / I could beam a thought / but let me text ya / through your receptor / set the / Eiffel Tower top of Everest for proof of power / produce a shower keep the land lush / fertile / the growth will urge you / to stimulate the mind / emulate divine wisdom / you feel it coursing through your system? / Listen to your instincts first / and then THINK

I break it down just to shake your town / Cruising through unusual and bruising you with the melodic / jagged / the whole world is dogmatic / so I'm pragmatic / I step away from the stress and I laugh at it / Since the poetry relieves me / I write a flow and take it easy / authorities could either seize me / or appease me / I'm the free thinker / the word associator/ gladiator / the global navigator / crowd captivator / activist activator / focal point fascinator / rap lacerator / if you fail to execute the master data / I'm focused on the now, but worried what may happen later / could leave the earth a crater / skin disintegrate to vapor / but that's a darker thought / catch me moving forward on a train of thought / with positive vibes, I stand to gain a lot / I beautify a vacant lot / now it's a vast oasis / ignite the socialites who live to sing the jackals praises / after phases and dazes that I've been in / I stand grinning / and recognize that now is a new beginning / If I embrace the day / the worries fade away / I go for what I know, and tend to glow and radiate

released September 28, 2010
"Since the poetry relieves me, I write a flow and take it easy" rhymes Mr. Lif in the re-mix of Otis Grove's "Fausto". It was an easy collaboration between the two Boston based artists. Otis Grove had long admired Mr. Lif's music from the time of the band's inception, so when it came time to create a bonus track for their upcoming release "The Runk" it was an easy decision as to whom to collaborate with. A revamped version of the final cut off of "The Runk" produced by Adam Rourke, who also recorded and mixed the album, brings the aggressiveness of the track to maximum intensity. This lays the groundwork for the dark picture that is painted by the lyrics and the repetative chorus chant that urges the listener to get down and just "Rock to it!". As the hard rock beat morphs into a mellow yet equally intense groove, the lyrics change their reflection to a more positive light. In true Lif style the listener is left finding themsevles in a thought of reflective self discovery, "If I embrace the day, the worries fade away, I go for what I know and tend to glow and radiate." Through their collaboration Otis Grove and Mr. Lif have made a track that is truly unique, capturing the essence of both artists.

MF DOOM is given his flowers, plus appearances from MC Jada Imani and Stanley Ipkuss