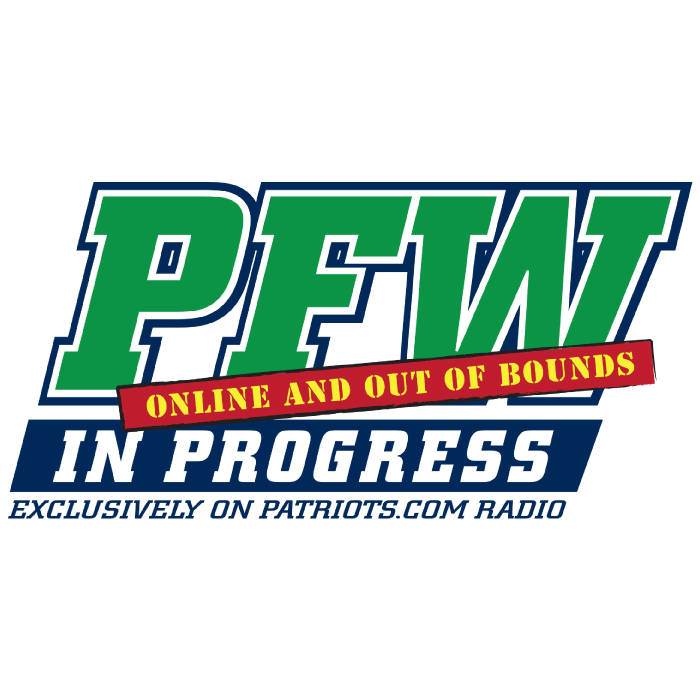 Anybody who knows me or has listened closely to my music knows that I am a big New England Patriots fan. For years, I have listened to the patriots.com radio show called PFW In Progress. After writing in to the show one day, one of the hosts (Andy Hart) asked if I'd be interested in doing a song for the show. Of course, my answer was a resounding YES.

The show's producer, Kevin Collins let me know that creating the song over an Eminem beat would be ideal. So I went through a few beats, but nothing was more suitable than this one. the result is me dropping lyrics about the individual quirks of each of the show's hosts (Fred Kirsch, Andy Hart, & Paul Perillo) and giving props to my long time favorite talk show.

Hi!
The show is PFW in Progress
My name is Mr. Lif
I lurk in lakes like the Loch Ness
World's best talk show
None can come close
Oh, how rude of me
Let me introduce the hosts

The captain of the ship
Without a doubt, he's the boss
Fred, say a little something
Oh Wait, his mic's off

He's the real wild card
Truly
Nuff said
One brain...
contained within the width of 2 heads